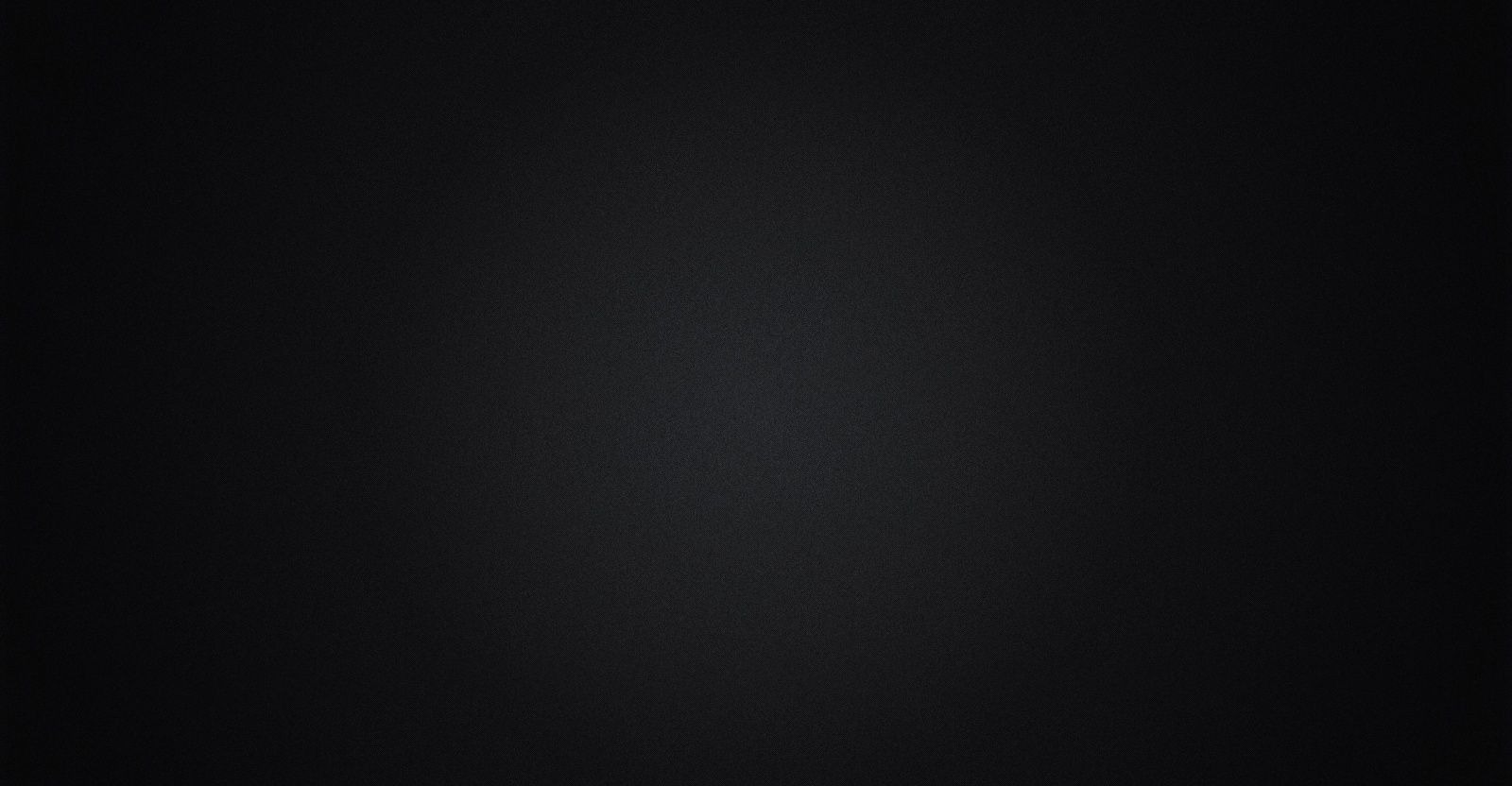 Watch this video to get started 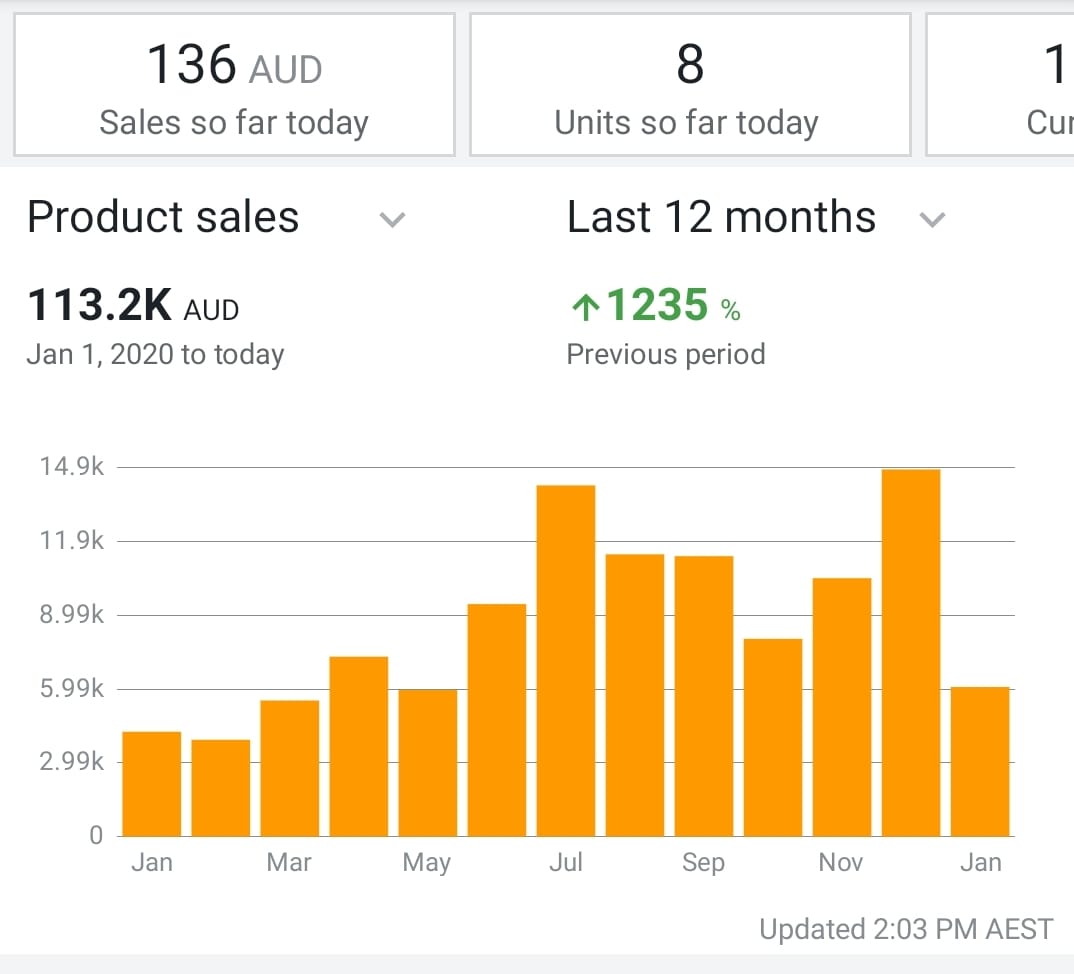 You can make $1000's every month by building an online Amazon FBA business from home, all without ever having to see or touch the products you sell.The best part - you can do this starting with only one product, even if you live in Australia!I’ve put together a step-by-step program that walks you through exactly how you can do this, so you can enjoy the massive profit and success that comes with owning your own Amazon FBA business.

✔️ How to build, launch and scale a profitable Amazon FBA business in Australia.

✔️ How to find winning products that sell like crazy (Making you $1000’s).

✔️ How to build an irresistible product listing that buyers can’t refuse.

✔️ The best methods to launch your product successfully

✔️ How to save money instead of wasting it on bad products.

✔️ How to scale your store to $10K and beyond, growing your product and brand.

✔️ How to advertise your product to increase sales and make $1000’s (even while you sleep). 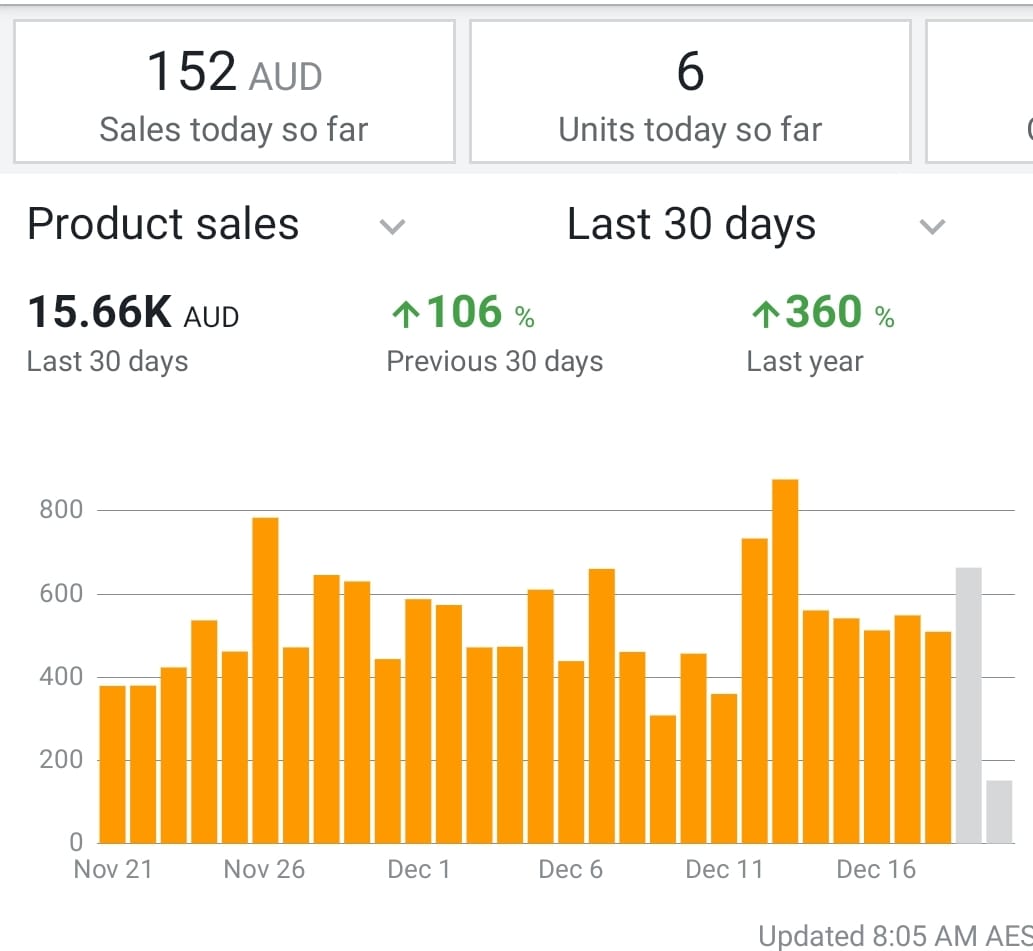 How Does This Benefit You?

You get to avoid the headaches, mistakes, and wasted time & money it took to learn these skills.

Instead, I’ll take you straight to the highly effective methods myself and other Ecom Excellence students use to grow our stores so you can easily follow along, build and scale your profitable Amazon FBA business and start seeing the money roll in, without worrying about missing steps or selling the wrong product.

You don’t have to have any experience in Amazon FBA to get started.

✓ You don’t know what product to sell

✓ You know nothing about online business

✓ You have never started an online business before

✓ You have no idea how Amazon FBA works

By the end of this program, this could be you: 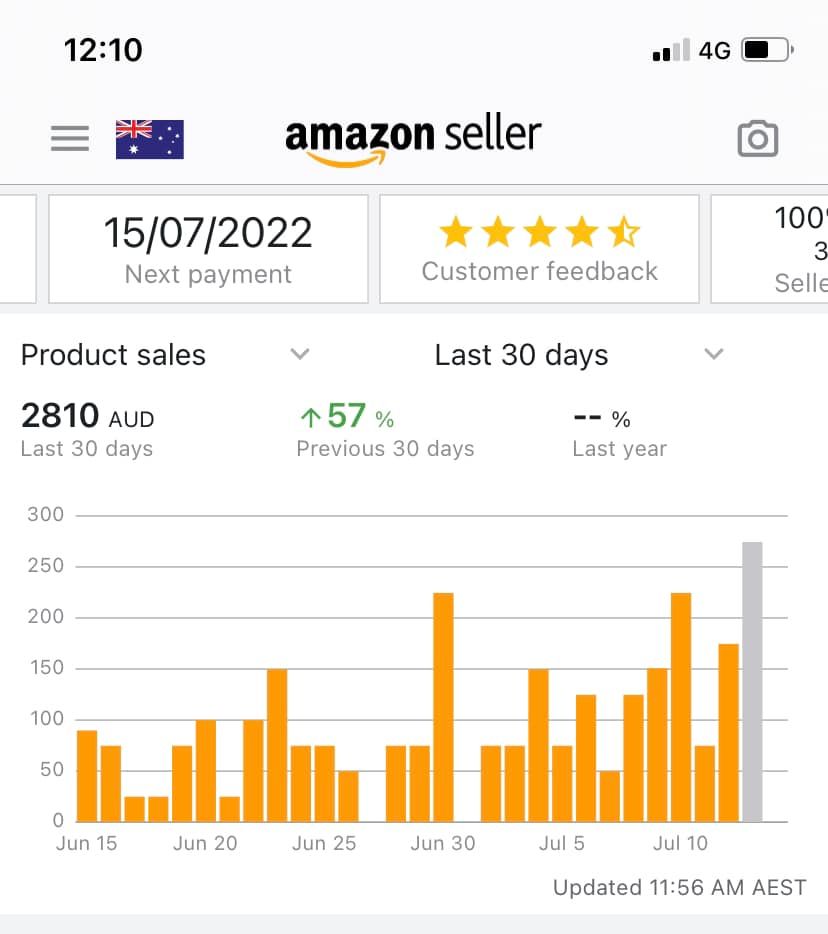 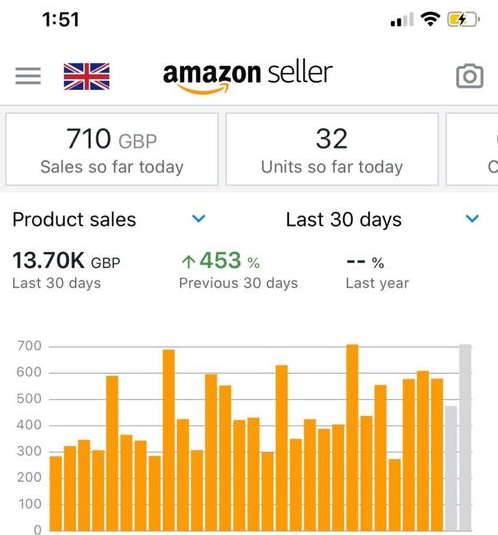 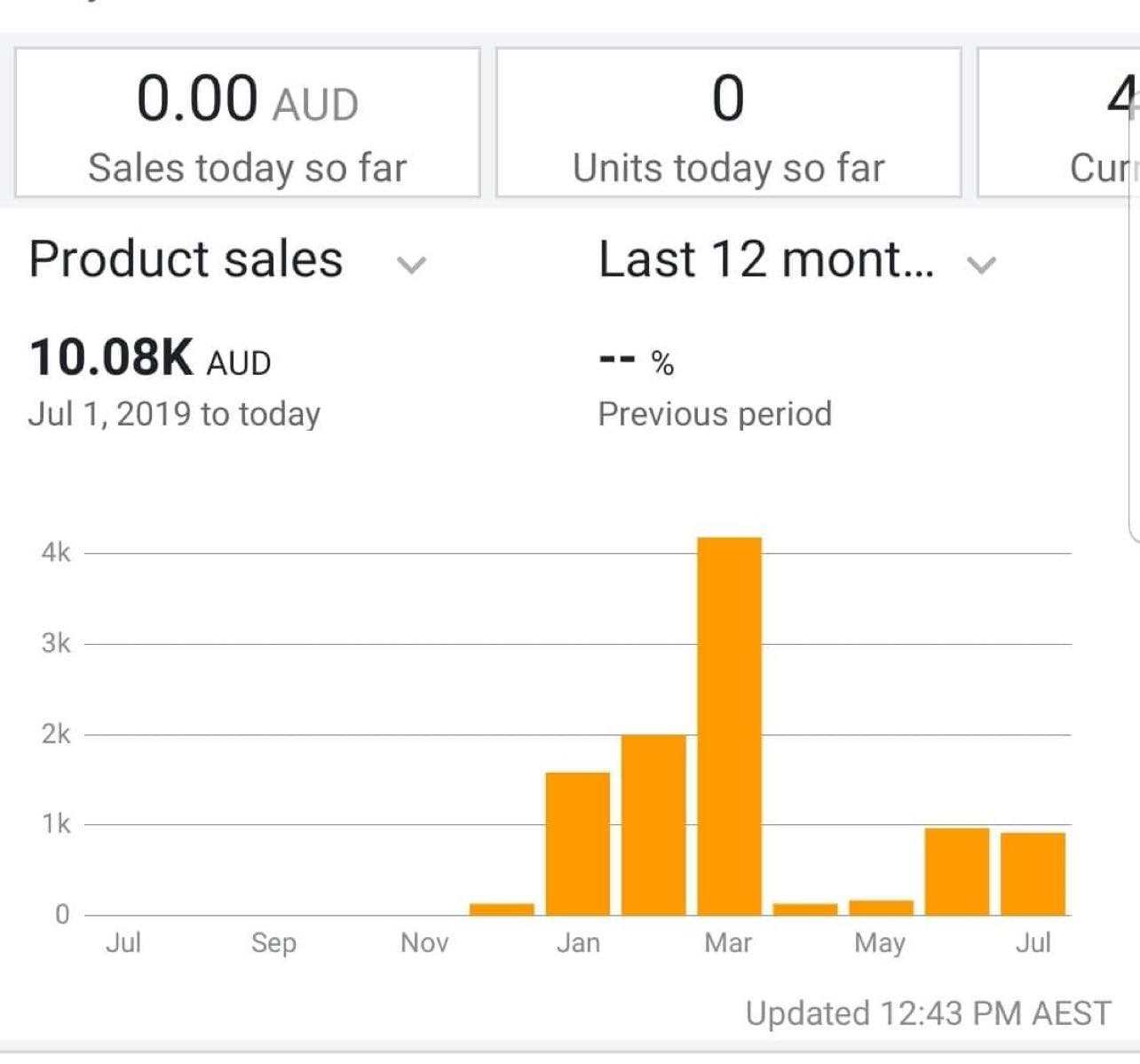 What if you got to see the exact products I've sold, as well as all the techniques and methods that numerous students have used to become successful sellers?

This means you get a personal view into what winning products and selling methods look like, including leading industry techniques that you can follow to avoid common mistakes, and maximise profit.

Here’s what you’ll be getting: 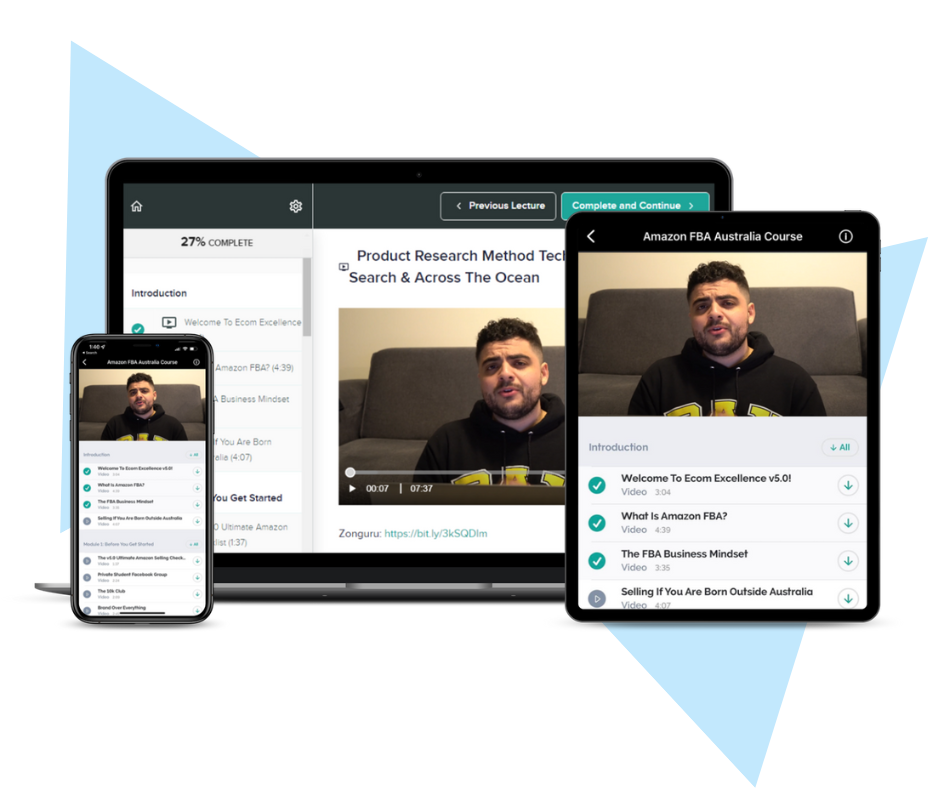 Over 55+ videos that take you through everything from the winner’s mindset, to making your first sale and scaling your business.

A complete checklist outlining each and every step you need to become a successful Amazon seller. This will guarantee you're doing each step in the correct order. No stones left unturned. 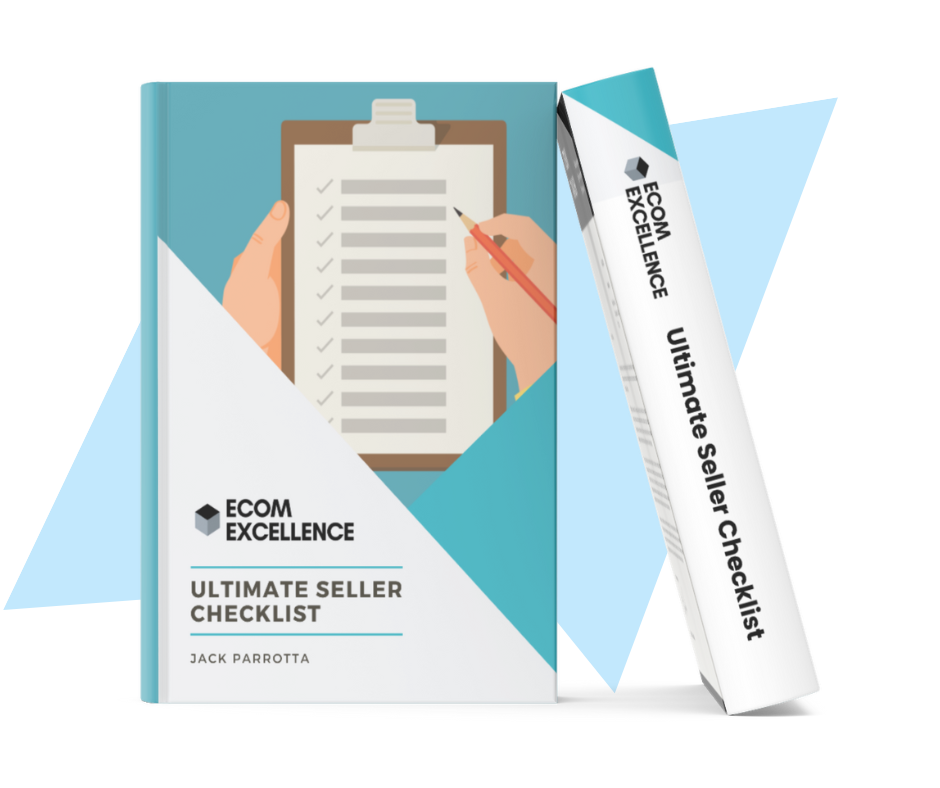 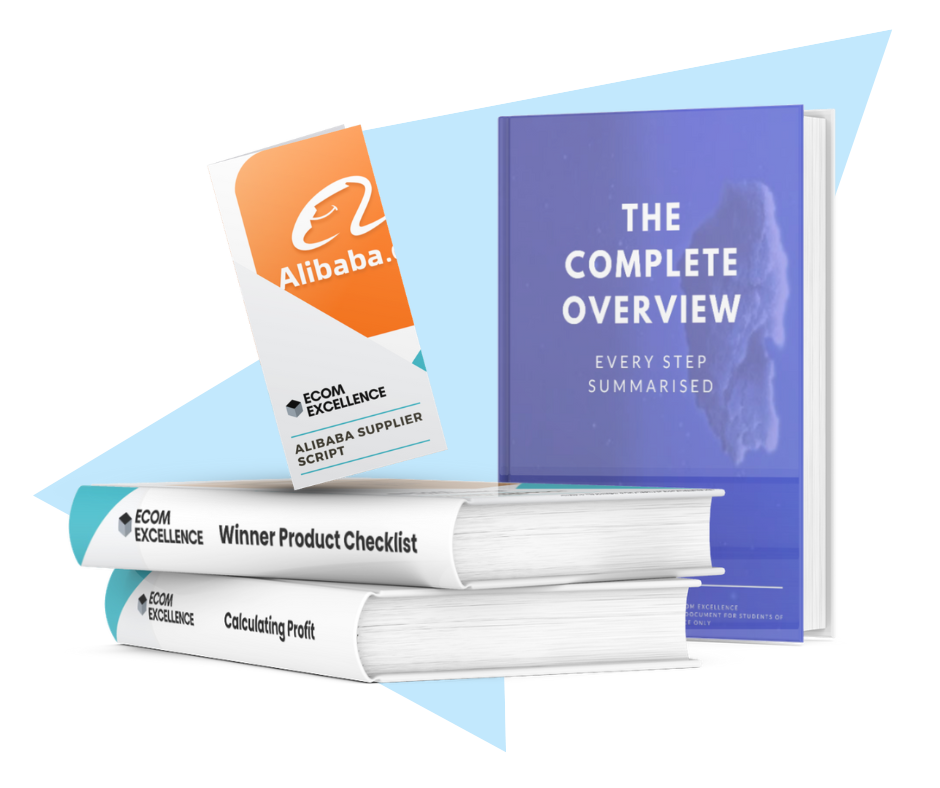 You'll have every resource needed, right at your fingertips.This includes a Winner Product Checklist to ensure you're finding top selling products and an Alibaba Supplier Script, so you'll know exactly what to say when talking to suppliers.

I believe no matter how much someone packs into a course, it won't matter unless you've got the support system to back it up. Everyone needs a helping hand at times, that's why we have a private community of ecommerce entrepreneurs who share the exact same vision.When joining Ecom Excellence, you'll have access to a private inner circle group. Inside, you can ask questions and learn from other successful sellers and learn from those who are selling successfully right now.Not only that, but there will also be ongoing video and audio content updates that will further help you develop and succeed as a seller. I also personally answer questions inside to help students get the best results possible. 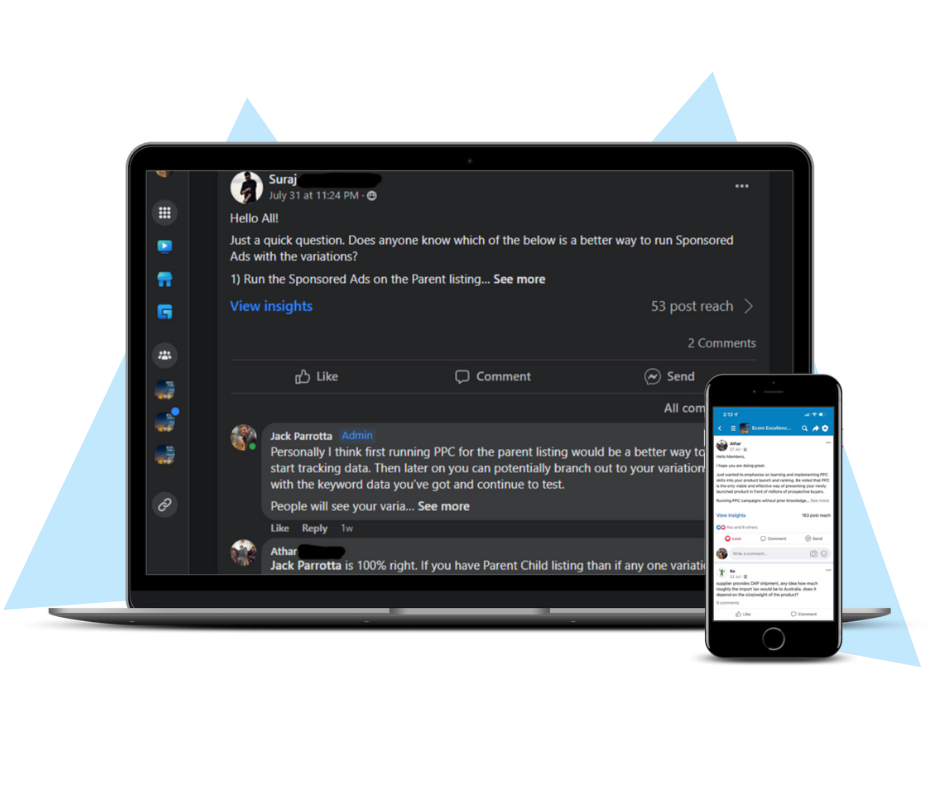 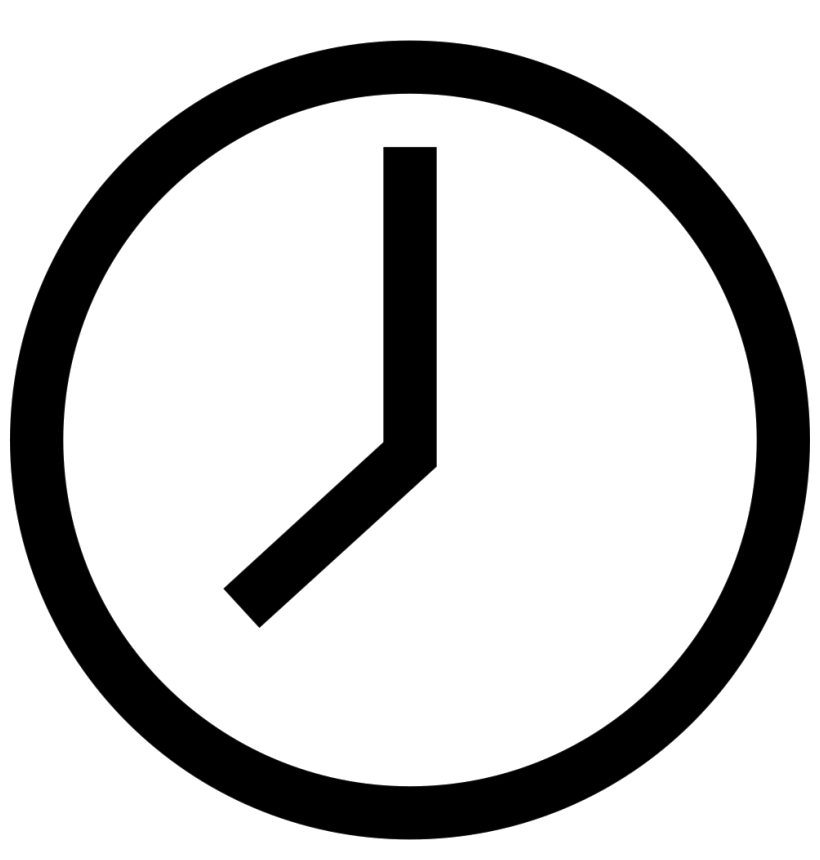 Start and complete the course at a pace that works for you. No deadlines. 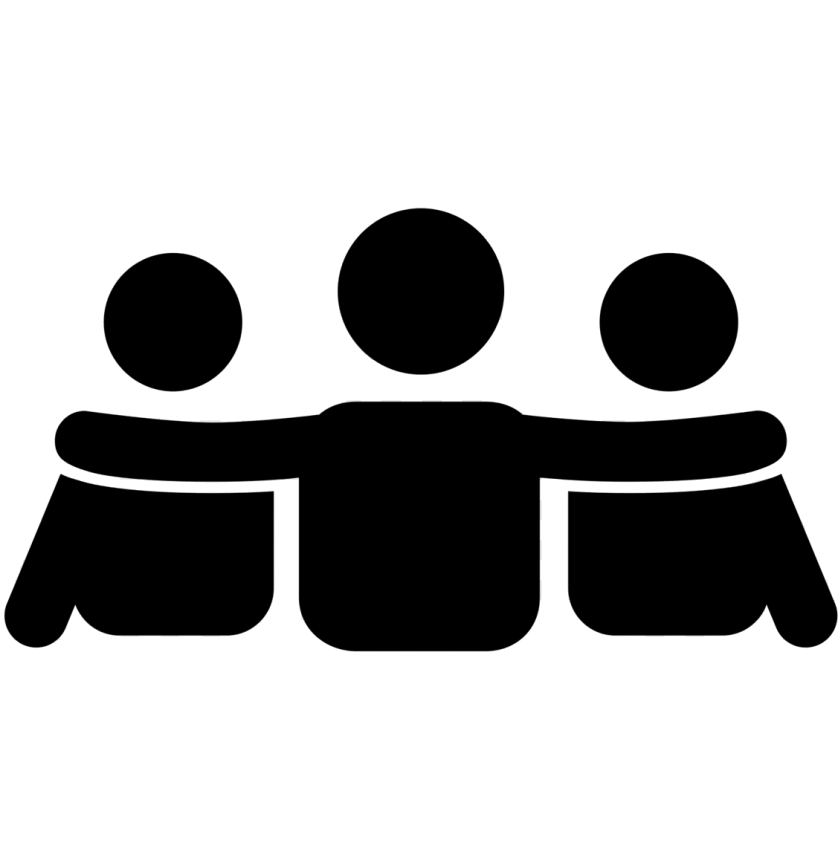 Never be left in the dark. You'll receive ongoing support both during and after completion of the course. 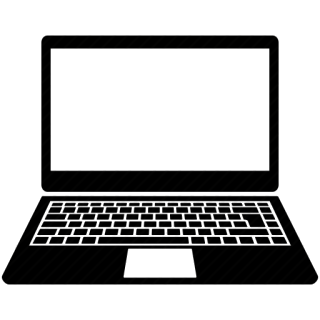 With a mix of ongoing updates of video and audio, you'll never run out of content to help you become a successful seller. 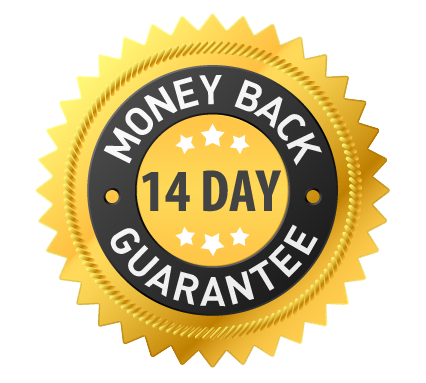 Every Ecom Excellence course is covered by a 100% money-back guarantee and a human support team.If you're not satisfied with Amazon FBA Australia - as long as you've purchased within the last 14 days and viewed less than 30% of the course, you'll get a 100% refund.No questions asked. Nothing to lose. *T&C Apply.If you have any questions or need support please contact: [email protected]ecomexcellence.com.au 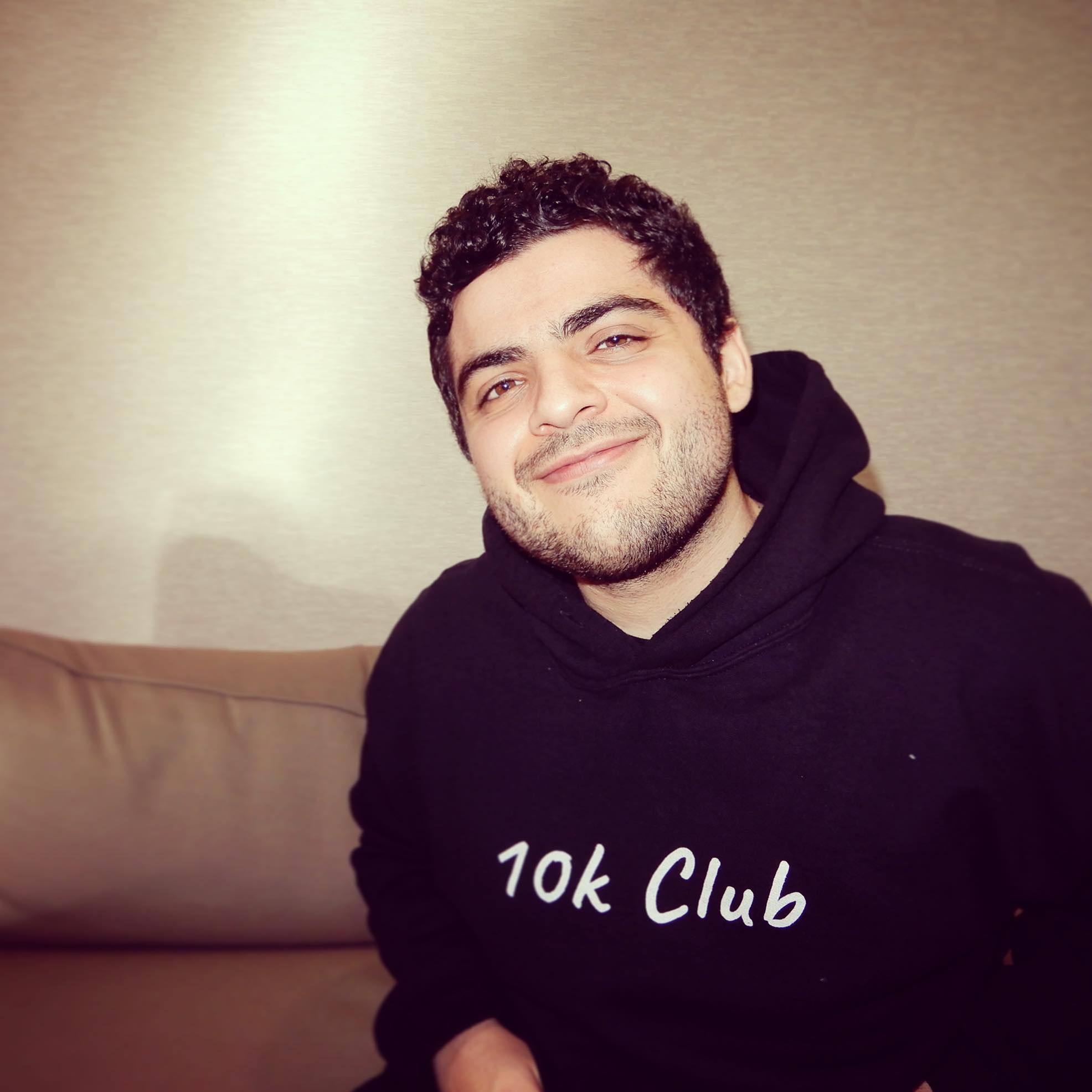 When I first started in Amazon FBA…

I loved the idea of owning and running my own online business - something I was proud of, that would produce money online.

I'm a 27 year-old online entrepreneur from Australia, and the proud founder of Ecom Excellence - A brand passionate about helping entrepreneurs like you to start and scale their own online e-commerce business.

Over the duration of this course, we'll come to know each other pretty well, but first, I'd love to share a bit of my history and my experience with Amazon FBA and teaching it to over 1000 students!

In early 2017, I learned all about online business and side hustles. That was until I found out Amazon FBA. I jumped off the deep end and began learning everything I could about launching a business with my own products and brand.

For the next year after that I began refining what I knew, and throughout this I started getting asked more and more questions about how I was selling on Amazon. This began my journey documenting through social media and posting videos on YouTube of tips and tutorials.

However, during this period I discovered an opportunity that no one was talking about… 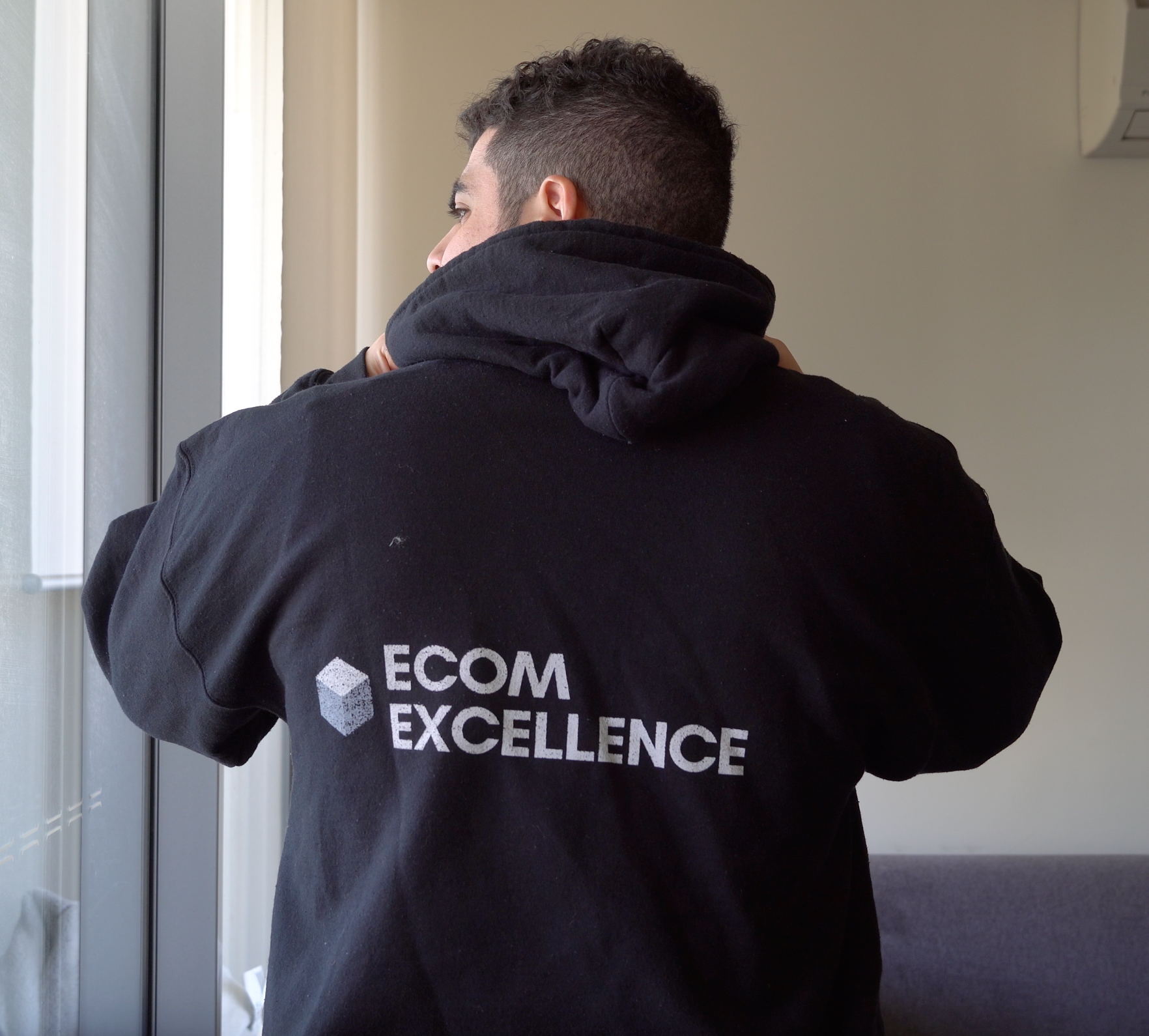 An opportunity that had barely surfaced: Amazon FBA Australia... for Aussies

This opportunity seriously excited me.

Not only that, there was no one that was making step-by-step guides just for Aussies.

"If people living in the US are selling so well there, I wonder what would happen if I focused where I was living, and tried selling right here in Australia?"

I started to learn about what differentiates a winning product, from a waste-of-time product, as well as selling methods that work right here in Australia.

Since I'd already launched products in the US market (some successful, some not) I began focusing on the AU market to see exactly what was working here.

Eventually, these refined methods not only served me well, but also a large number of people who began learning from me.Using the same methods you'll learn in this course, Ecom Excellence students have been able to achieve results like $100k/year in sales, and even $500k+/year!

The best part? They started the same way you are, as a complete beginner looking to start an online business right here in Australia.

I wish I could show you everything here, but that's why every step you need to take is thoroughly outlined in the course.

See you in there - Jack.

Let's have a look at some REAL students getting REAL results 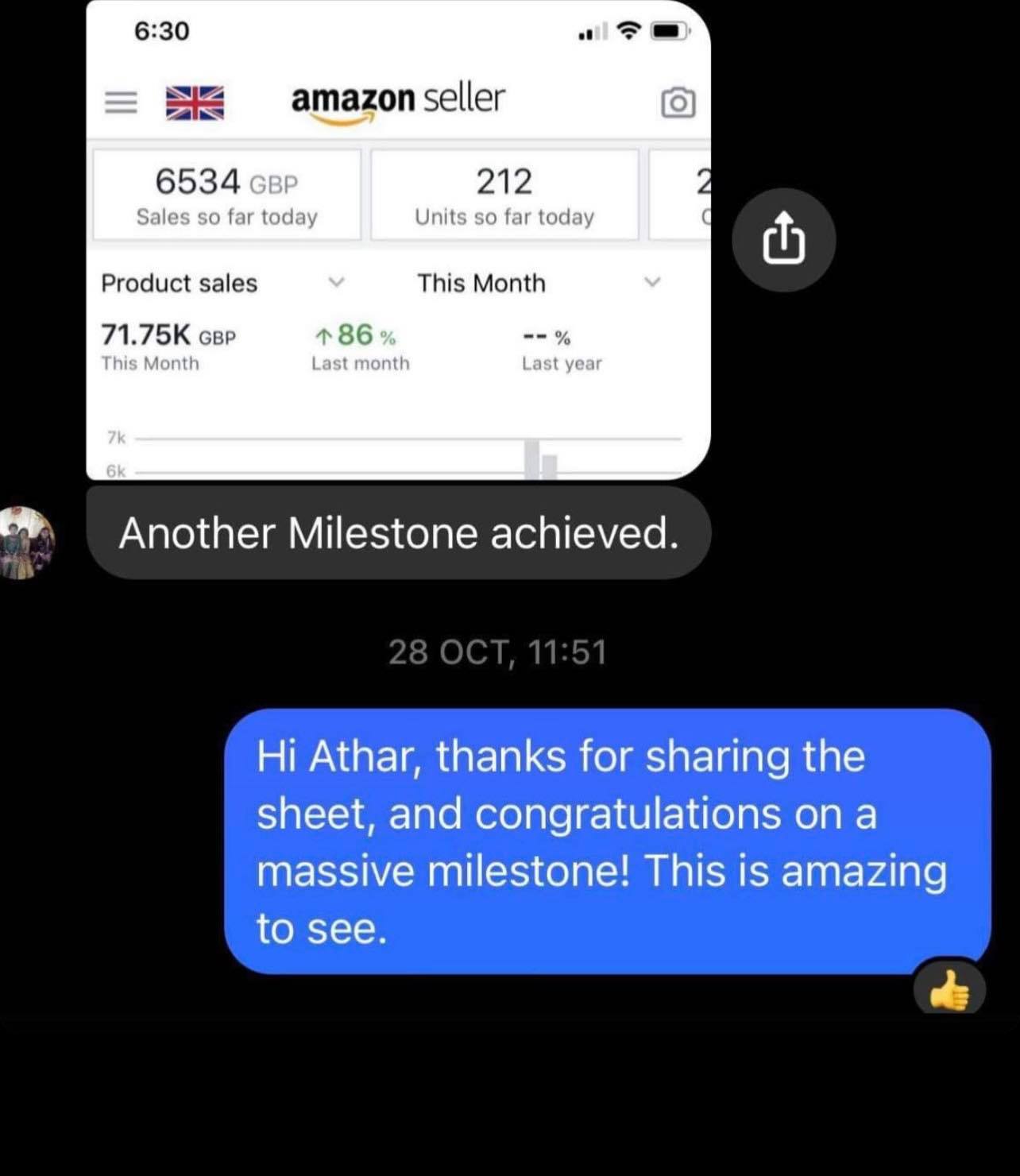 "Hi members, sharing my latest sales screenshot of my UK account. Yes it's possible to achieve your goals and fulfill your dreams" 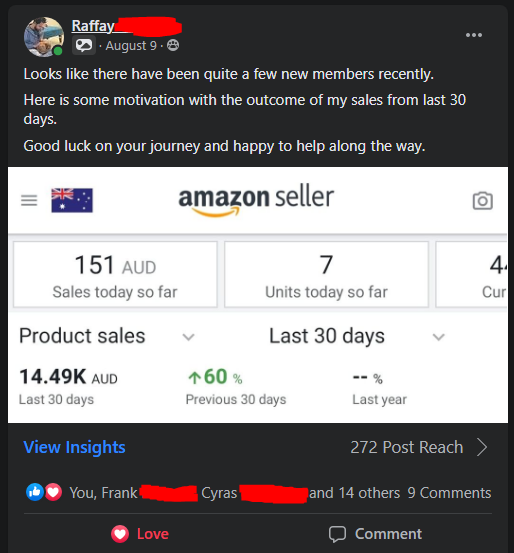 "Looks like there have been quite a few new members recently. Here is some motivation with the outcome of my sales from the last 30 days. Good luck on your journey and happy to help along the way" 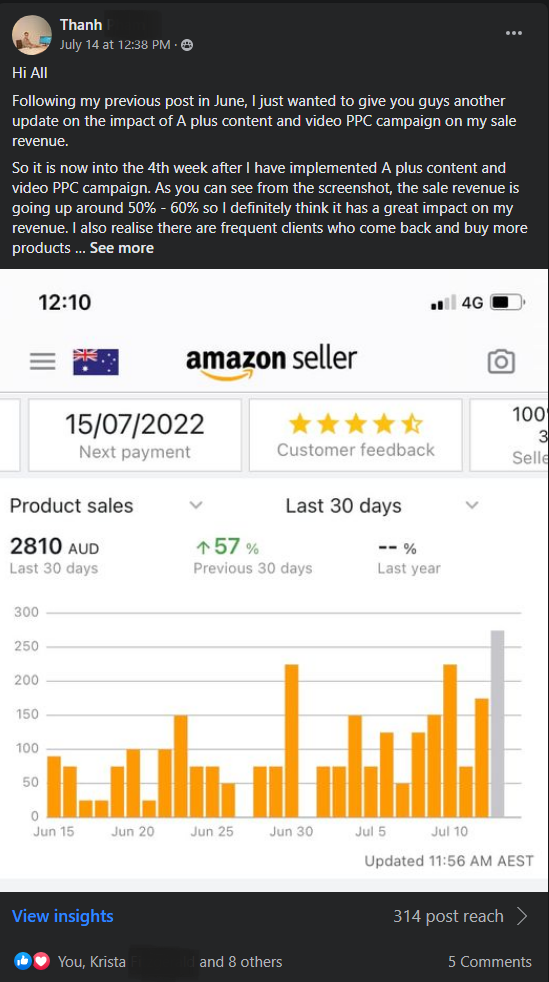 Thanh - Selling $3k/month in the AU market with exponential growth 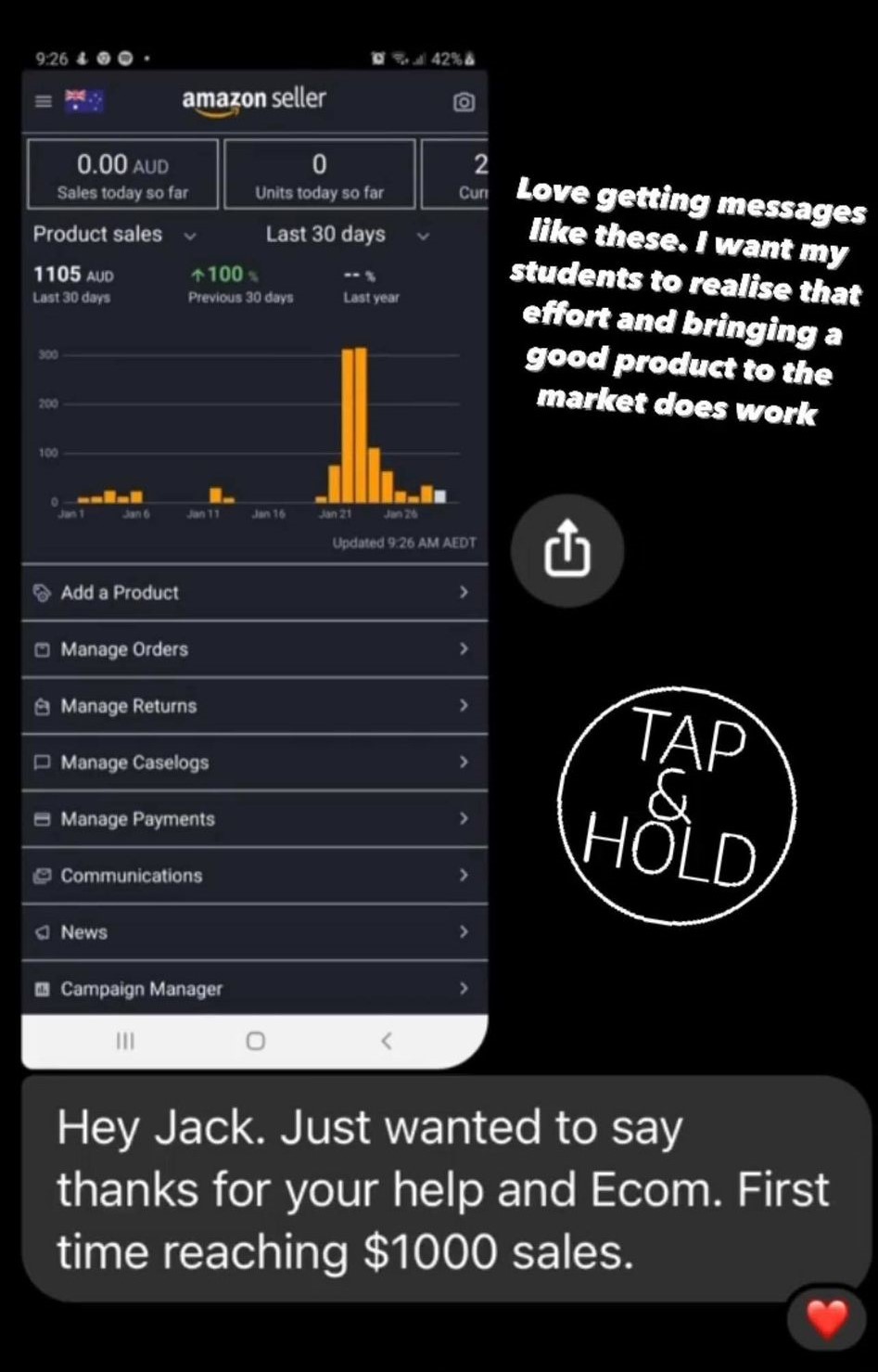 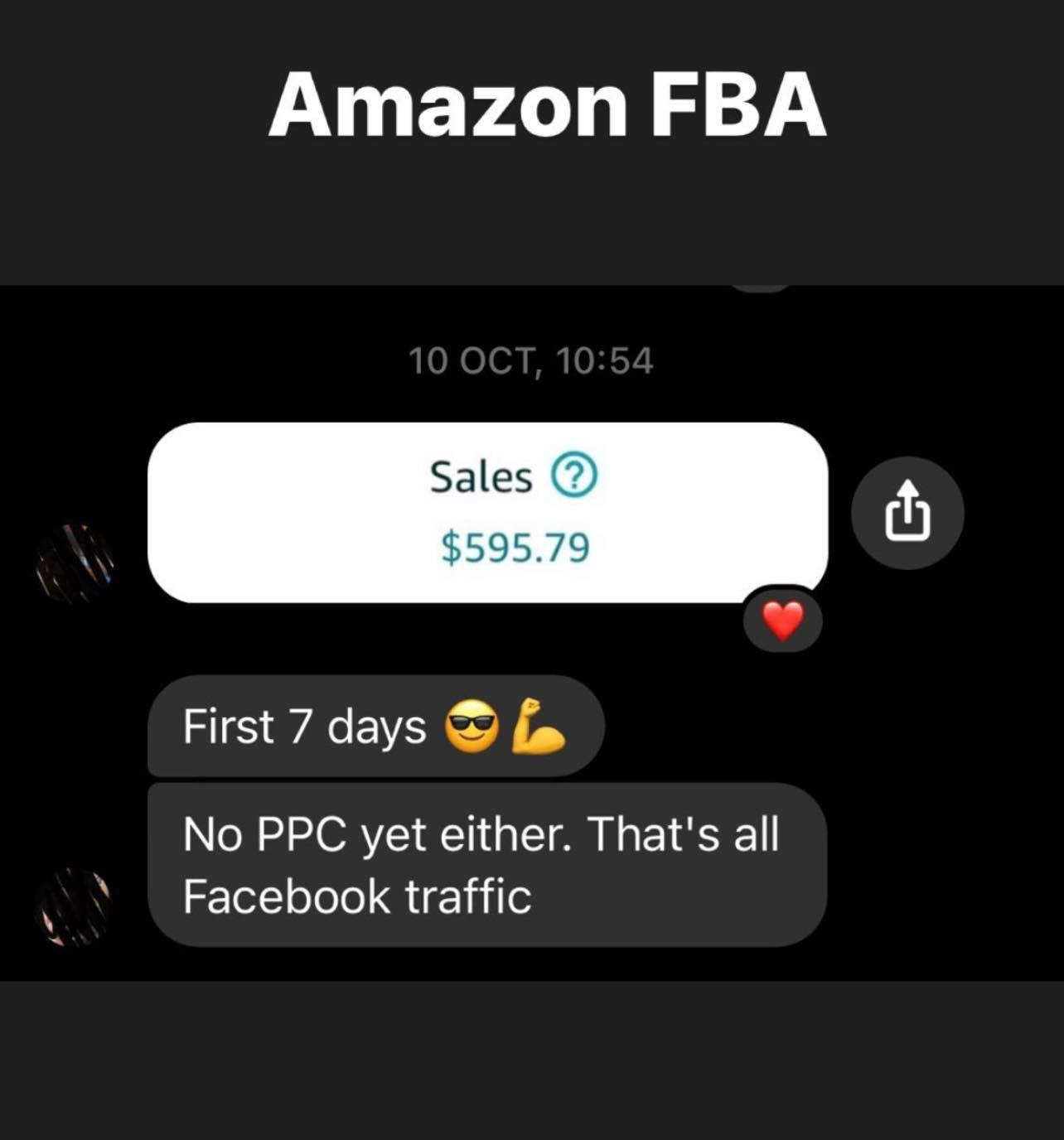 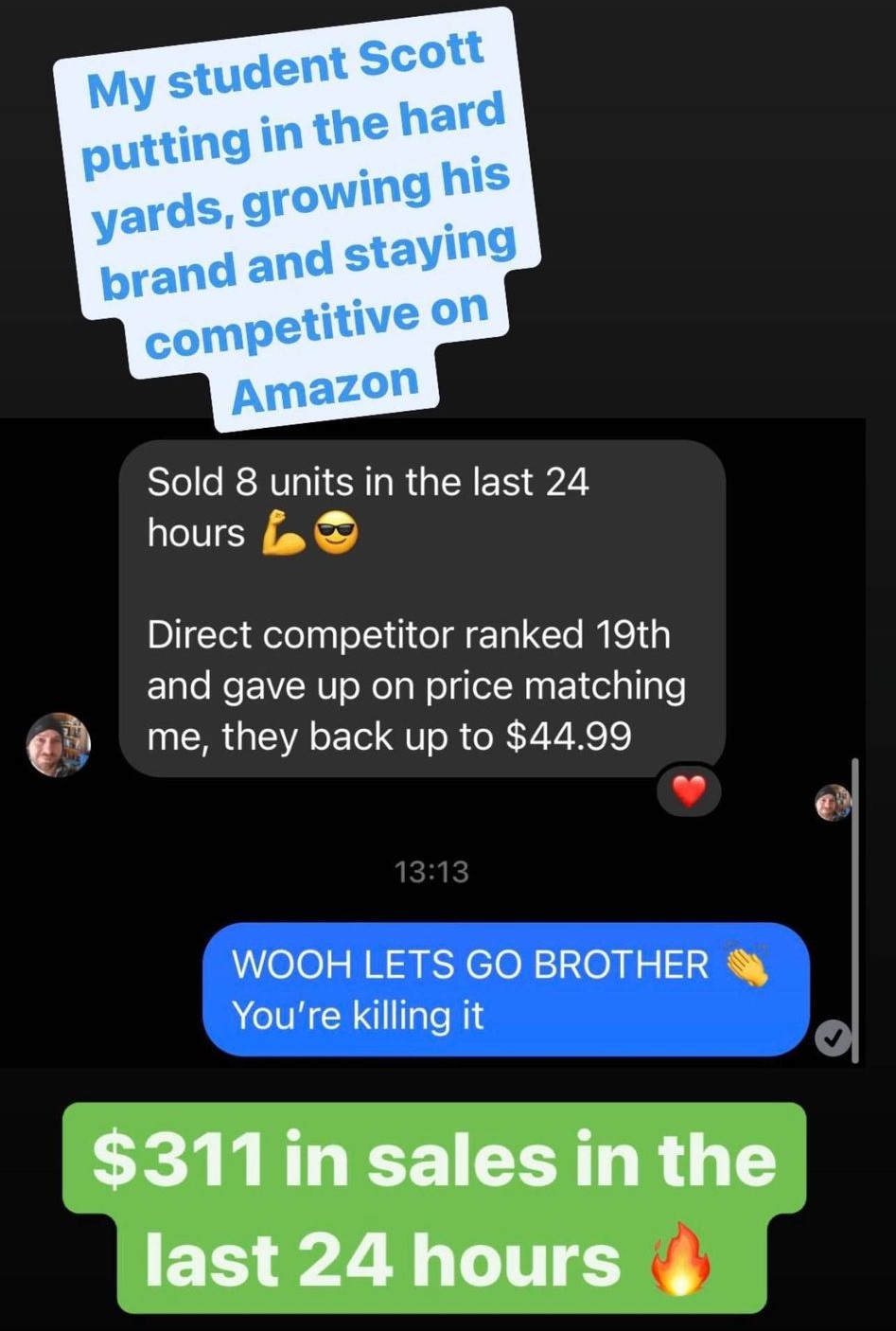 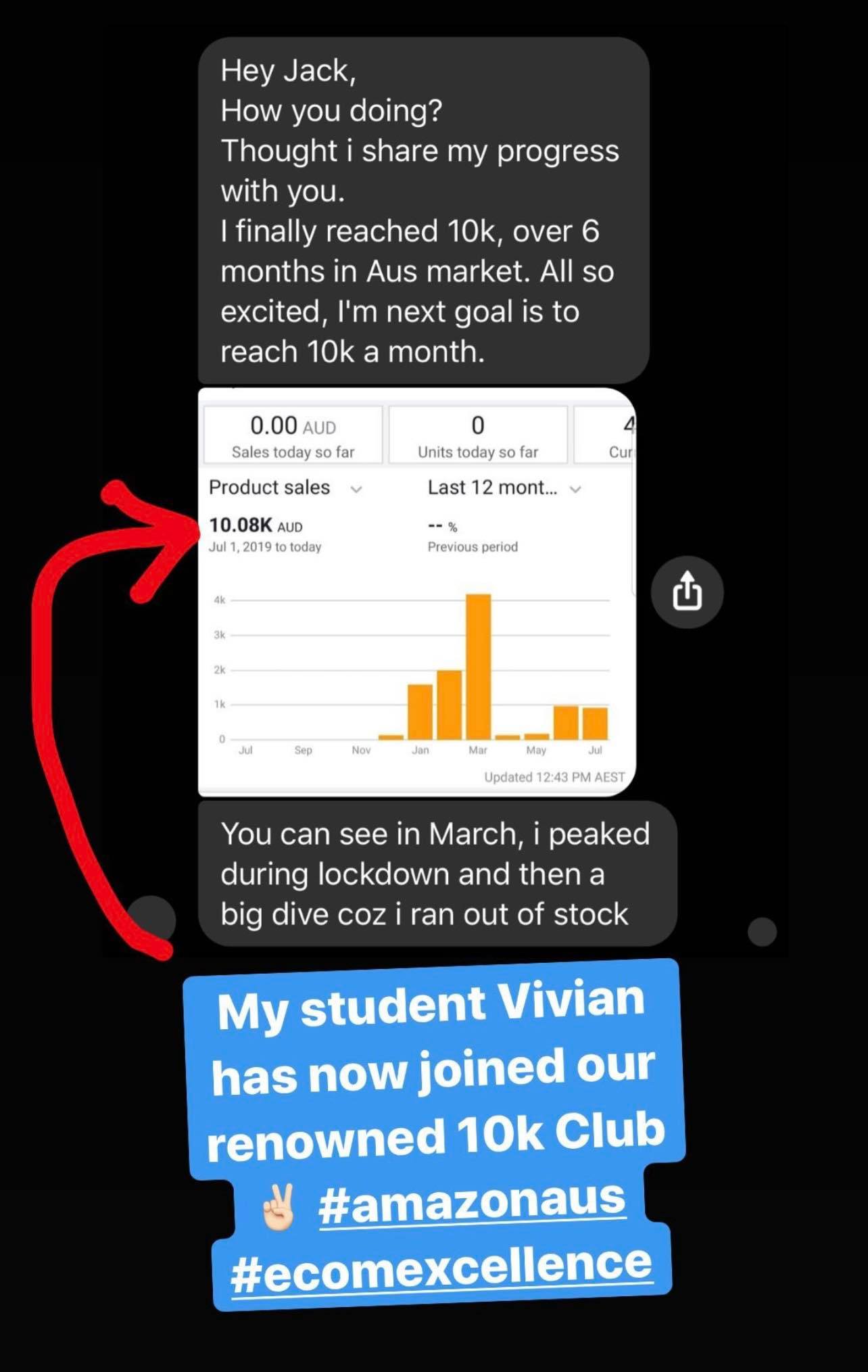 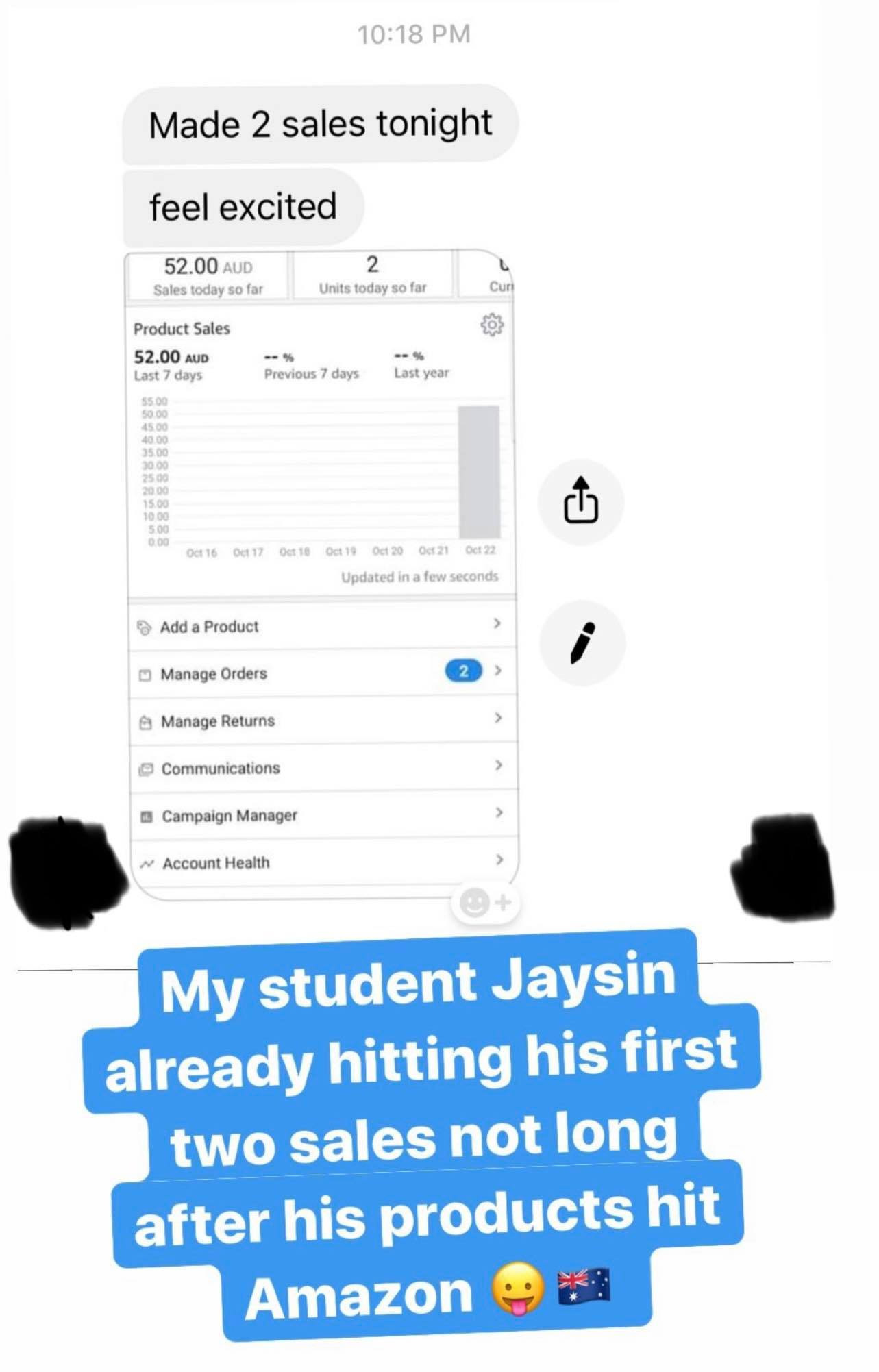 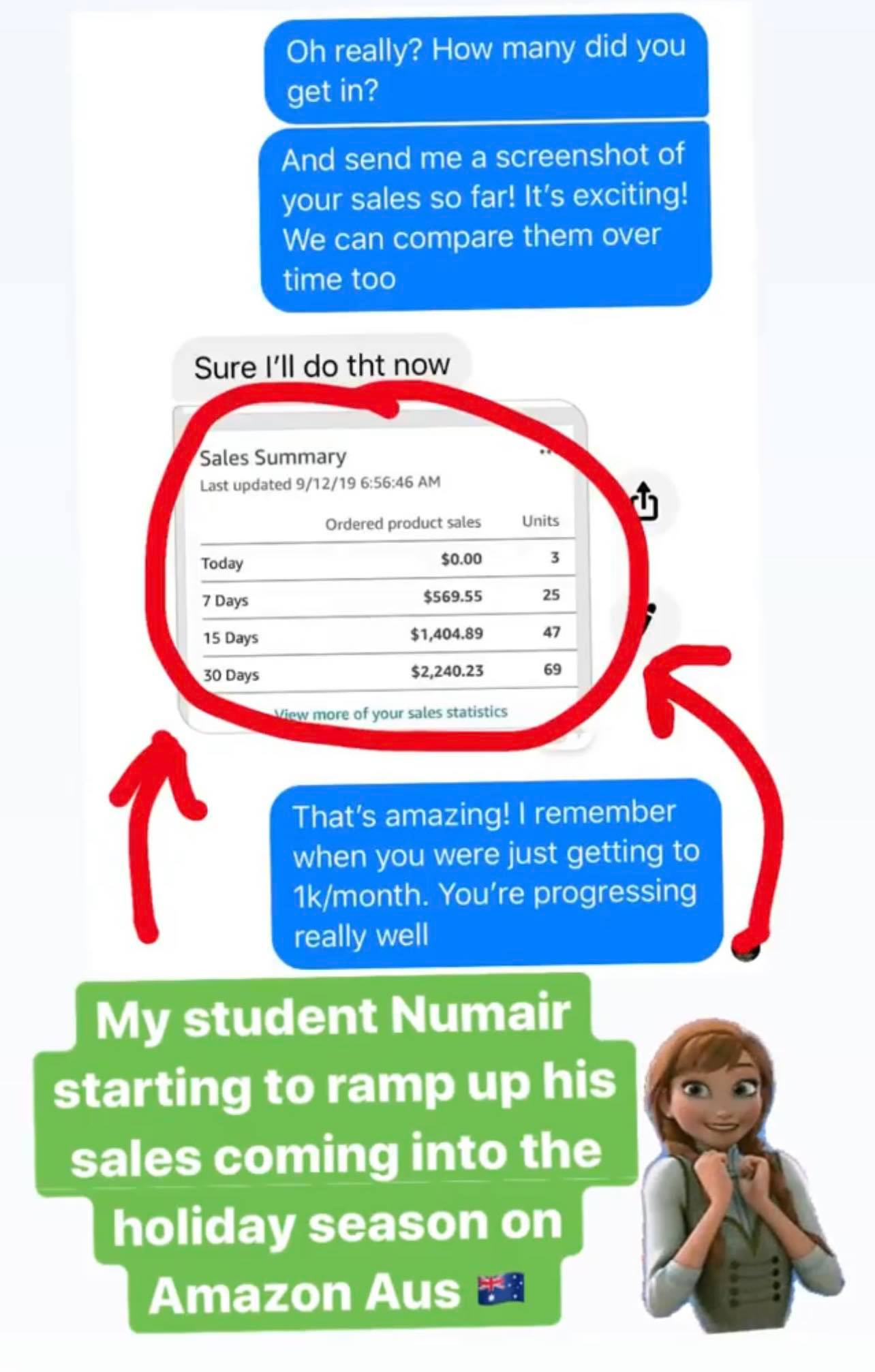 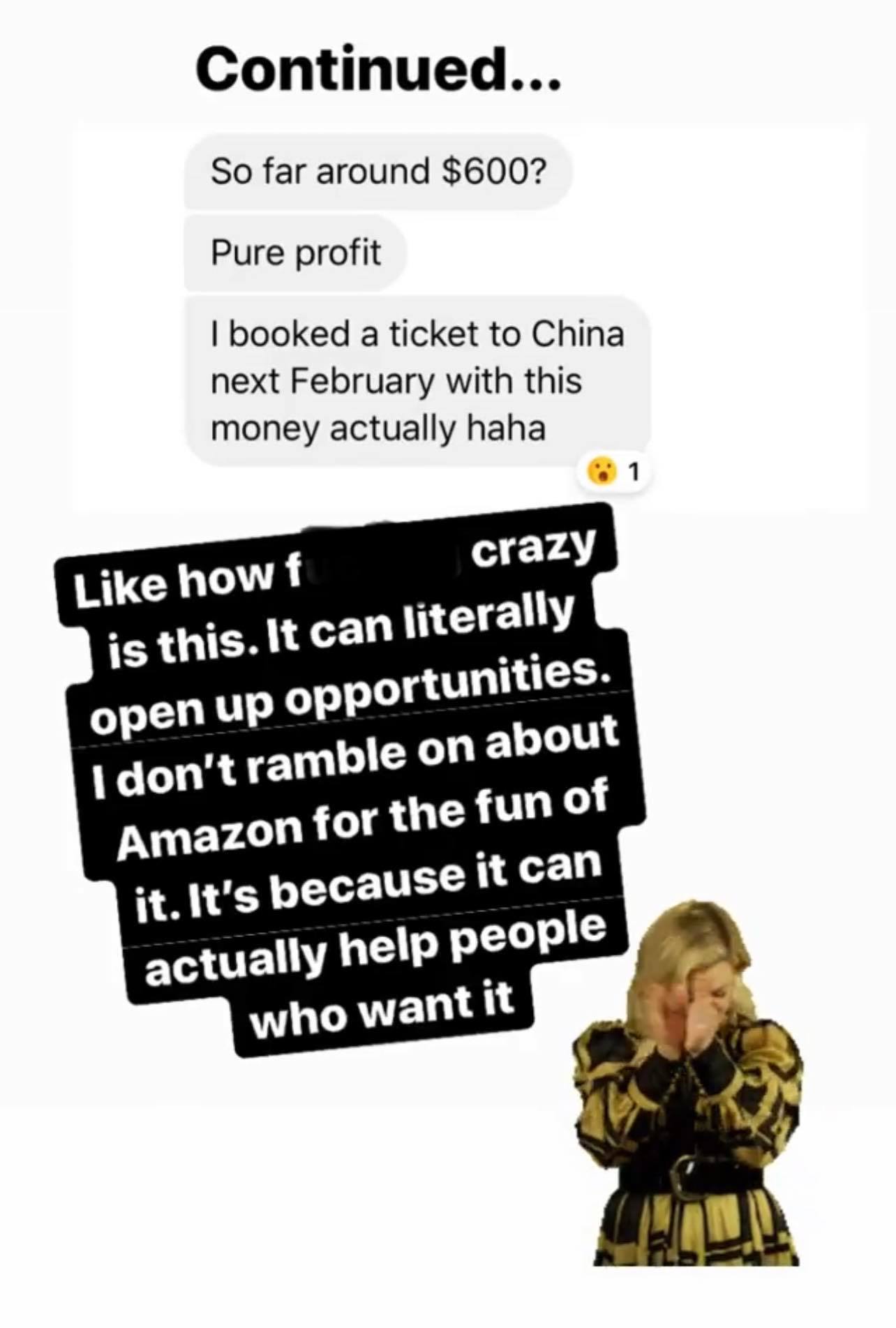 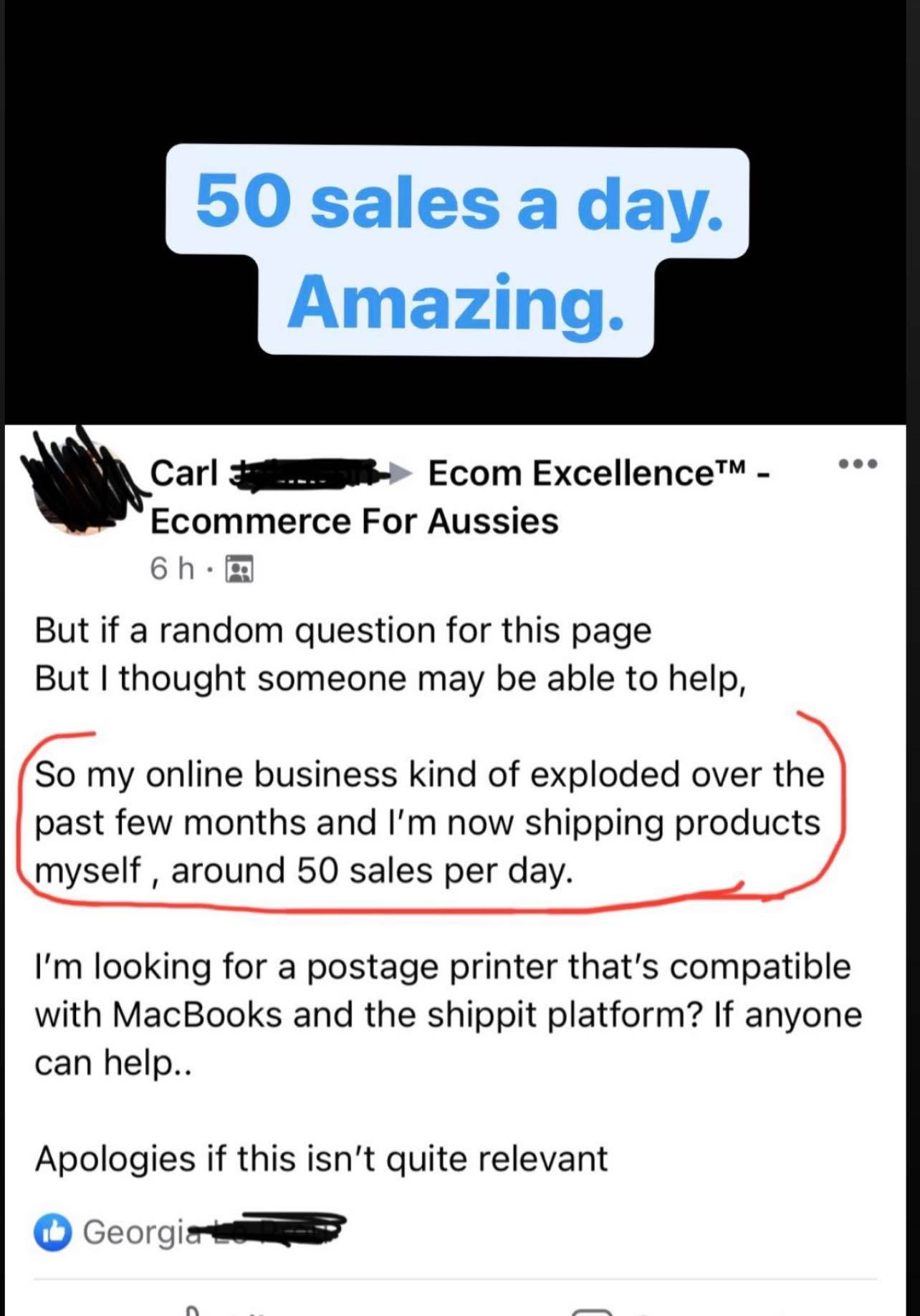 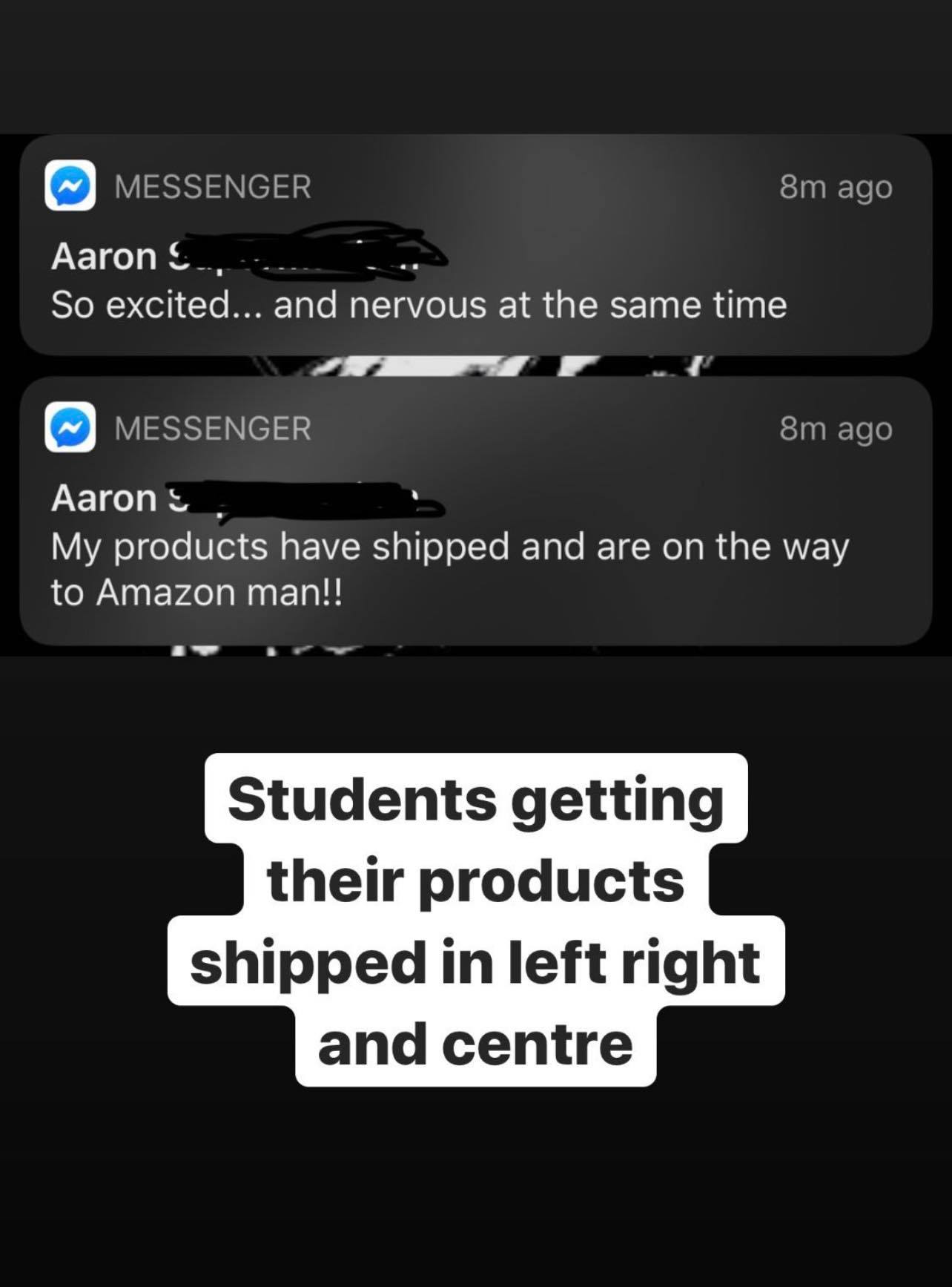 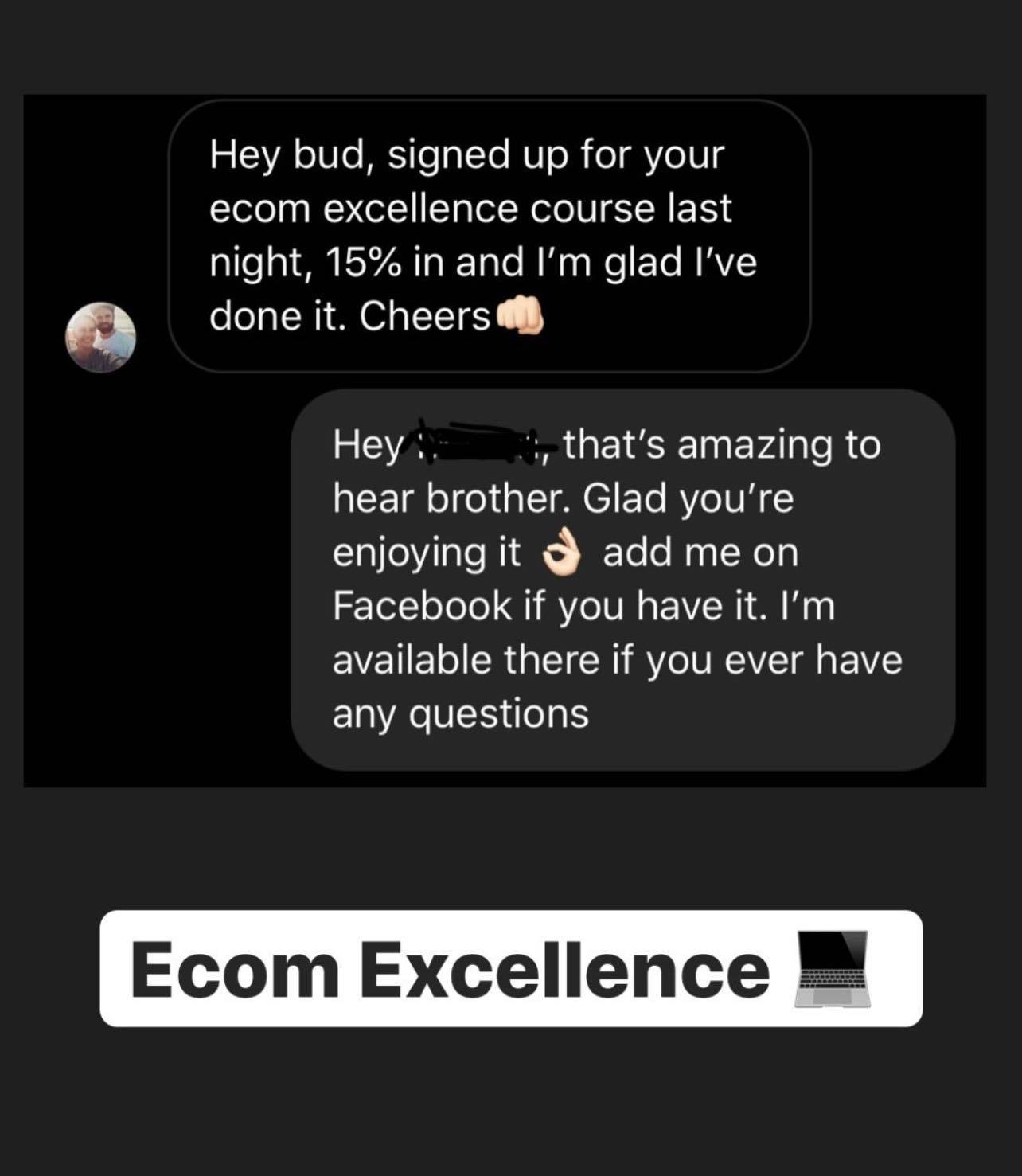 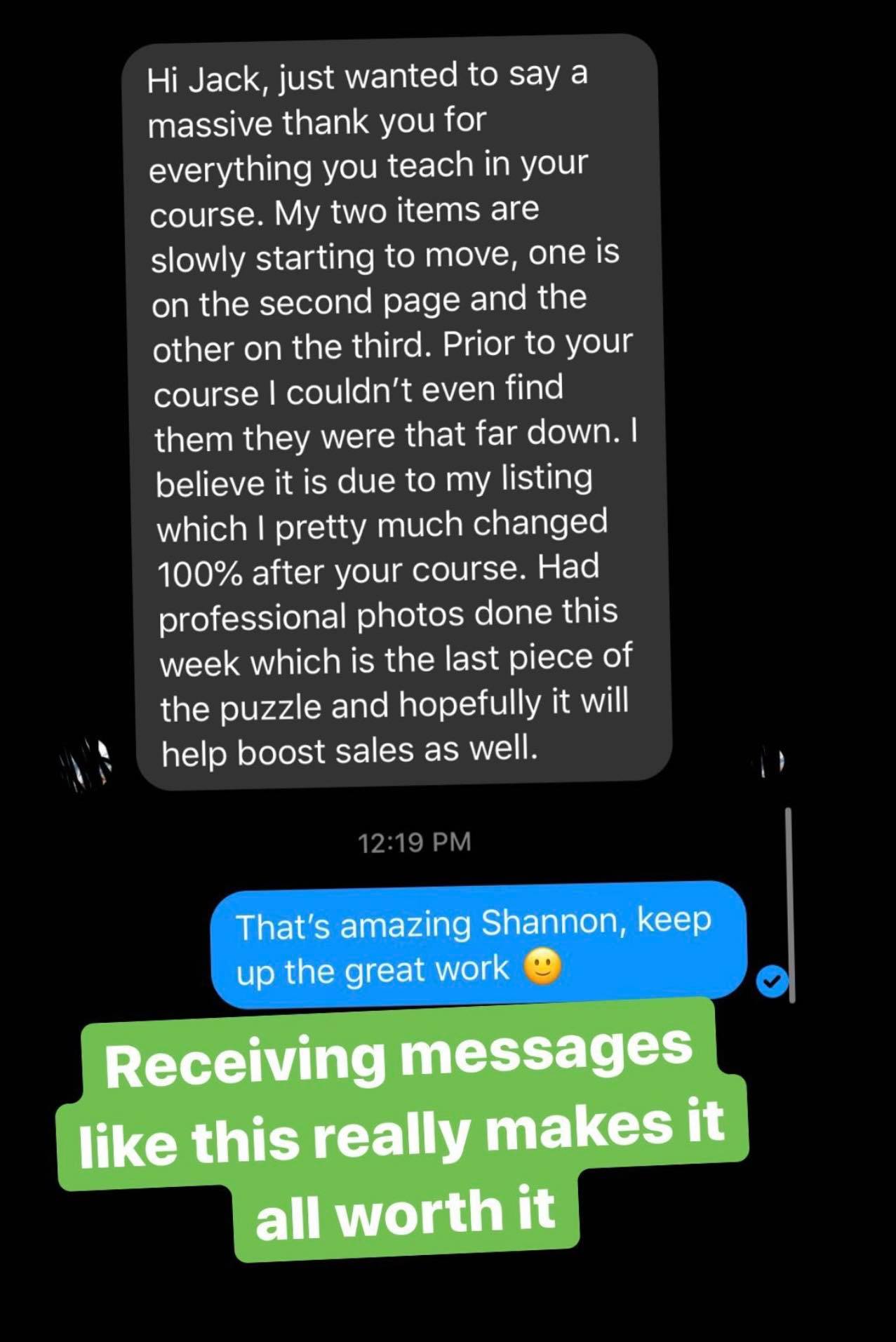 DISCLAIMER: The sales figures stated above are both mine and students of ecom excellence's sales figures. Please understand my results are not typical, I’m not implying you’ll duplicate them (or do anything for that matter). I am an experienced marketer. The average person who buys any "how to" information gets little to no results. I’m using these references for example purposes only. Your results will vary and depend on many factors… including but not limited to your background, experience, and work ethic. All business entails risk as well as massive and consistent effort and action. If you're not willing to accept that, please DO NOT WATCH THIS TRAINING. ©2022 ecomexcellence.com.au. All Rights Reserved.